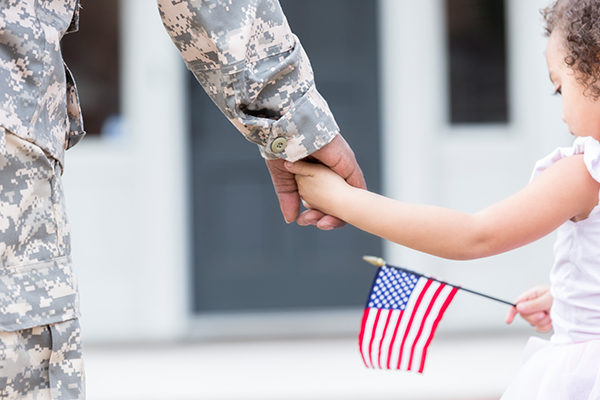 A Salute to Veterans

Office Pride Commercial Cleaning Services proudly supports veterans across the nation for their service. During the month of November, we salute veterans – some of whom are franchise owners in our own system.

Veterans own one in eight franchises in America. About 2.5 million U.S. businesses are owned by veterans, accounting for approximately 9% of all businesses in the U.S., according to the Small Business Association. These 2.5 million veteran-owned businesses employ roughly 5.8 million employees nationwide.

Office Pride is a five-star participant in the International Franchise Association’s VetFran program. This program focuses on the education and facilitation of incorporating veterans into growing franchise companies such as Office Pride. Office Pride offers a 25% discount off the franchise fee to military veterans who have been honorably discharged from the U.S. armed forces.

Because of Office Pride’s commitment to veterans and the percentage of veterans among franchisees and corporate staff, Office Pride is ranked No. 63 on Entrepreneur magazine’s 2020 “Top Franchises for Veterans” list.

Meet two of our veteran franchise owners, who carry lessons and fond memories of their military service with them to work every day:

After 21 years of service in the U.S. Army, Carlos M. Toro was impressed by Office Pride’s dedication and recognition to veterans. Toro opened Office Pride of Newport News-Norfolk in Virginia in October 2011.

He said the discount off the franchise fee, and how the company demonstrated that it valued having veterans who were franchisees, gave him the feeling that even as he was investing in the company, Office Pride was also investing in him.

Toro retired from the U.S. Army after serving from 1975 to 1996, including Desert Storm/Desert Shield. He achieved the rank of sergeant first class and was awarded the Bronze Star.
He was stationed at Fort Sill, Okla., Herzo Base in Germany, Fort Eustis, Va., Fort Story, Va., and the Military Ocean Terminal in Southport, N.C.

He said that his service and the supervisory skills he developed in the Army gave him the confidence to pursue owning his own business. Even after he started his Office Pride franchise, Toro continued to work as a technical instructor in the maritime field.

“I still enjoy working with the military because of the character, value, customs, determination and honor that exist there,” Toro says. “Esprit de corps is a big part of the military community, and that feeling is not easily found elsewhere.”

After he retired from the military, Toro devoted his life to his beloved family and his business. He started the franchise in partnership with his wife of more than 30 years, Vanessa, who he lost in 2018. After his wife passed away, his son, Manual “Manny” Toro, took over managing the day-to-day business of the company to help his father. “He has done a phenomenal job of moving the company forward,” Carlos Toro says.

Kevin G. Scott, owner of Office Pride of Tulsa-Broken Arrow, credits his time served in the Navy for the leadership and managerial skills that he now uses to run his Office Pride franchise in Oklahoma. He opened his franchise in 2019.

“Office Pride is without a doubt a veteran-friendly franchise,” Scott says. “My time in the military has been celebrated and rewarded during my time with Office Pride. I never pass up an opportunity to let people know what a blessing this adventure has been.”

He says the Navy taught him many things that have helped him succeed at business, including the “gift of resiliency,” which helps him adapt quickly to ever-changing environments, and to be a “leader of people” rather than a “manager of people.”

Scott cherishes fond memories from his Navy years, including the opportunity to cross the equator and to cross into the Arctic Circle. Today, his world revolves around his wife and two daughters, his biggest fans, who cheer him on to achieve his goals and fulfill his dreams as a franchise owner and operator.