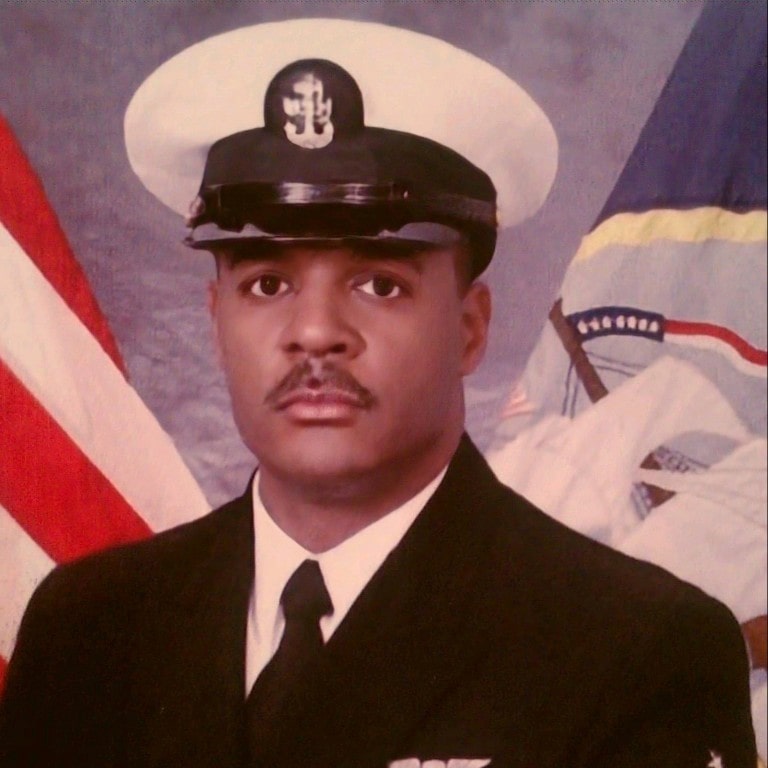 Mike Jackson served 20 years’ active duty in the Navy, retiring as a senior chief, before he crossed paths with an Office Pride Commercial Cleaning Services area developer at a Richmond, Virginia, job fair.

“I was in college and looking for a part-time job so I could earn a little extra income. Three of my kids were in college at the same time, so money was tight,” Jackson says.

“When I met (Virginia Beach Area Developer) Todd Jones, I liked him and the Office Pride core values, and I thought it would be a great place to work,” he says. “But then he looked at my resume and said I was overqualified to be a cleaner. He added, ‘We do have an operations manager opening.’”

As a student himself, Jackson wasn’t convinced he had time for a full-time operations job, even though he had spent 20 years in the Navy handling operations and logistics. But Jones assured him that the hours were flexible, and Jackson has been part of the Office Pride family ever since. He worked as Jones’ operations manager for a year before buying his own franchise, Office Pride of Richmond-Bon Air, which celebrated 11 years in business on Oct. 1. In 2021, Jackson became a multi-unit owner when he opened a second franchise, Office Pride of Chesapeake.

Before he entered franchising, Jackson was a career Navy man. On active duty from 1984-1988, he served aboard the USS John F. Kennedy. After being discharged, he went into the Reserves for two years and served aboard the Dwight D. Eisenhower. Then he returned to active duty from 1990 to 2006, detached with an F-18 squadron on the USS Nimitz and the USS Abraham Lincoln.

Every November, we salute the many veterans who work at Office Pride and who own Office Pride franchises. About 10% of our franchise owners and corporate headquarters team are veterans.

According to the Small Business Association, about 2.5 million U.S. businesses, including one out of every eight franchises, are owned by veterans.

Office Pride is a five-star participant in the International Franchise Association’s VetFran program. VetFran focuses on the education and facilitation of incorporating veterans into growing franchise brands such as Office Pride. Office Pride offers a 25% discount off the franchise fee to veterans who have been honorably discharged from the U.S. armed forces.

Because of Office Pride’s commitment to veterans and its impressive number of veterans among franchisees and corporate staff, Office Pride is ranked among the Top Franchises for Veterans by both Entrepreneur magazine and Franchise Business Review.

“However, running a business is definitely different than military life. In the military, you give an order and people just do it,” he says, laughing. “That doesn’t always happen when you own your own business.”

When Jones approached him about buying a franchise, Jackson had been in the process of moving to Richmond, where he had a job offer lined up. The other job probably would have paid more to start, he says, but he loved the idea of starting his own business and creating jobs for people who needed them. He is extremely proud that he now employs about  60 people, some of whom have been with his company for eight to 10 years of the 11 years he has been in business.

Jackson shares his success with his family. His wife, Connie, is also his business partner and has worked hard to grow the business, he says. Three of his four children also work at Office Pride: His daughter is an administrator in Chesapeake, and two sons work in the business. A third son is in college and helps out at Office Pride during school holidays.